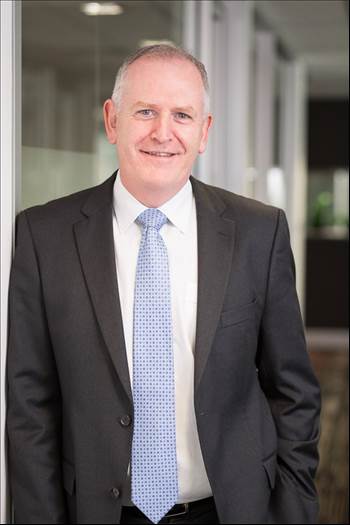 If the South Australian economy was an Adelaide-based AFL team, you could be forgiven for thinking its fate hung in the balance like the Crows or the Power.
Commentary on our economy can play out like the highs and lows of a football season – confidence is there one week and appears not to be the next – such are the results of the most recent Business SA – William Buck Survey of Business Expectations. We’ve gone from record highs a year ago to record lows at present. But, as many AFL Commentators have said over the last couple of years things are generally never as good as they appear or never as bad.

Confidence has fallen for three consecutive quarters in the Business SA – William Buck Survey of Business Expectations, but after much analysis and the temptation for hand-wringing, I really don’t think things are that bad. We shouldn’t necessarily be listening too much to the negative external noise of which there is plenty at present.

Confidence has fallen significantly over the past 12 months to what could be considered a dramatic low, but they’ve come from a similarly dramatic high. In June last year confidence was riding high at 116.2 points, hovering around that marker throughout September and December. A year ago we had the highest levels of confidence since the troubled times of the late 2000s, now we have the lowest.

Uncertainty influences confidence, and it’s logical to see a slide when major economic factors underpin the way we live and work. Business owners and tenants are facing changes to land tax, the continuing drought is affecting the majority of the nation, the economy is tight, interest rates have been cut to historic lows and there’s a steady stream of commentary around international instability – whether it’s Brexit, Trump or US/China relations.

But the bigger question to be asked by all businesses when they start talking confidence is whether their own circumstances are being affected by internal factors – such as overheads, sales, profitability and wages – or incessant external noise.

If the rumblings are internal, then a business owner could do well to focus on controlling what they can control. When times were tight a decade ago, business owners pulled up their socks and played to the best of their ability. They got on with doing business and shut out the external noise.

Control what you can, whether it’s executing growth plans or focusing on productivity. Review your strategy and operations, embrace technology and seek advice from people who can take a different outlook.

It’s concerning that we’ve now had a number of state-based negative surveys. Pessimism can feed on itself and have a detrimental impact on an entire state’s psyche. But just like a footy team at the end of the season, if we work hard and focus on what we do best, there’s no reason why we can’t climb the ladder again.

Back to Business SA Survey Of Business Expectations