The property & construction industry has underpinned Australian economic growth for much of the 2000s. It is therefore reasonable to expect that its ongoing success is paramount to supporting Australia’s economic recovery from the COVID-19 pandemic. The length and depth of the drop in the economy is hard to predict, as is the speed and trajectory. There are however some factors that will influence the property market over the next six to twelve months that need to be considered.

Consumer uncertainty has a direct effect on the construction market. As economies contract, unemployment rates double and rental yields reduce, the desire to invest in property will likely be impacted. How severely the Australian love affair with property will be impacted in the medium term is unclear, but the ability to access and repay a mortgage is impaired in a lower wage/employment market.

One thing favouring the property industry is that it has remained functioning throughout the pandemic. This should mean that by and large companies in the property industry can quickly increase their levels of production should demand require it, unlike other industries that will be starting from scratch. In addition, efforts by the industry to push for faster turn arounds on building approvals should aid the overall speed of new projects commencing.

The biggest concern though for Australian property development (particularly in the hotspots of Sydney and Melbourne) in the short term is the immediate stalling of immigration growth. Given the travel bans that are likely to be in place for some time, and the flow on impacts to international student arrivals (who often translate into permanent residents), it is hard to not envisage inner city accommodation vacancies rising markedly. This will inevitably inhibit the development of inner-city residences. Combined with the impact on the bricks and mortar retail sector that relies in a large part on international tourists, a lack of visitation is likely to result in areas of the property market being hit significantly in the short term.

In the absence of being able to open our borders with the same freedom to encourage immigration levels that we were used to pre COVID-19, governments’ capabilities to fund infrastructure and incentivise construction will be critical to filling the gap. This will however be difficult as governments are heavily reliant on property and construction for revenue (land tax and stamp duty at a state level, and GST and income tax produced by the industry at a federal level). Bold strokes will be required at both a federal and state level for governments to artificially subsidise the industry in the short term to enable the revenue flow to start rolling in again in the medium term as they look to fund other areas of economic recovery.

Unlike in other periods of economic downturn in Australia’s history, interest rates remain at record lows. In addition, the relaxing of some of the lending stipulations that were implemented as part of the Banking Royal Commission should create an environment where homeowners who remain employed are likely to have greater access to the market. Developers should be encouraged to continue to build and develop for their market as the relative cost of funds is not as punitive as has been the case in other economic upswings. This will hopefully translate to home buyers and investors who will be able to achieve a relatively good investment return even with a modest yield.

Changes to how people work as result of the pandemic will also impact construction. The use of infrastructure is likely to be rethought as the prevalence of working from home becomes more commonplace. In addition, homes and workplaces will need to adapt to  meet this new style. In the short term, this is likely to lead to an increase in construction as designs and outcomes are rethought.

Overall the importance of the property sector to the Australian economy is likely to sustain, and with the right strategic planning and sensible government policies, we anticipate an uptick in the property cycle. The likely pressure on finding solutions to help the tertiary education sector to rebound quickly via their international student intake, and the potential for Australia to be a haven relative to the rest of the western world will have a positive impact for property investment and developers. The speed of the recovery is hard to determine but the overall economic certainty that Australia has exhibited throughout the COVID-19 crisis is ultimately likely to attract continued long-term property investment well into the future. 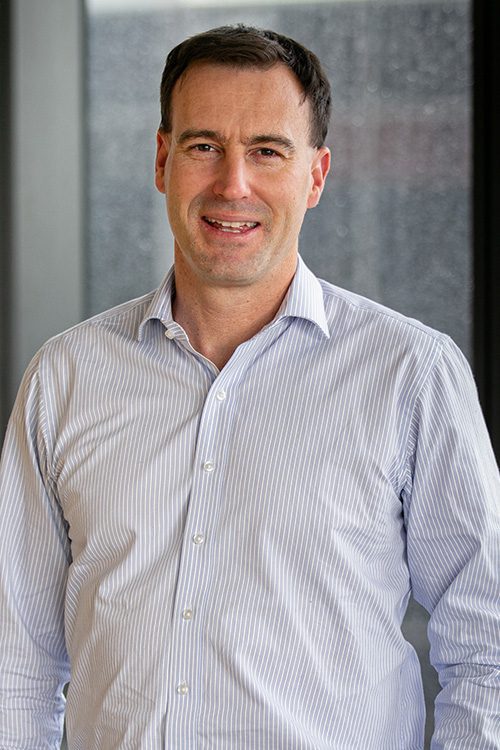 Neil is the national leader of William Buck's Business Advisory division and Property and Construction group. Neil services a broad base of property focused clients by providing advice around business structuring, strategic business and planning advice and cash flow strategies to enable his clients to maximise the return on their investments while navigating the complex regulatory environment associated with property transactions.

Scenario Planning – the COVID-19 Wake Up Call
Is it time for a financial swab test?
Tips to advance your financial position during COVID-19