On Tuesday 6 October, the Federal Government handed down one of the most eagerly anticipated budgets in recent memory.

The Treasurer delivered a budget that was vastly different from a traditional election budget. This business-friendly, big-spending budget is designed to do one thing only – stimulate the post-COVID economy to create jobs, jobs, and more jobs!

The Federal Government is handing Australian business over $30 billion in cash incentives to invest and $5 billion to cover COVID-19 losses. Essentially, the Budget will enable spending of $98 billion over the next four years to create 950,000 jobs (or a net 250,000 jobs when taking into account the COVID-19 hit to employment).

With unemployment set to peak at 8% in the December 2020 quarter, the Federal Government has splashed huge amounts of cash and implemented a variety of business incentives to stimulate infrastructure, and business and consumer spending to generate employment. To do so, the Federal deficit will rise from $85 billion in 2020 to a staggering $213 billion in 2021. National net debt levels will also exceed the previously unheard-of level of over $1 trillion in 2024. As the Australian economy recovers from the COVID-19 recession, the Government is heavily relying on businesses to drive growth.

During the COVID-19 crisis, one of the shining lights of the Federation model has been the use of the National Cabinet, which has been responsible for endorsing and coordinating national actions in Australia in response to the pandemic. This forum has successfully enabled Government responses to be undertaken based on negotiation and compromise among the States and Territories, rather than the will of the majority. Hence the catch-cry during the pandemic of “We are all in this Together”.

It will be interesting to see exactly how much the States and Territories are truly on board with this “Together” concept. Canberra will be watching closely to see if the States seek to actively support or hinder its job creation strategy when State tax systems are ultimately considered by Australian businesses in their labour-force decision making.

Since GST was introduced in 2000, the States’ taxation reform agendas have constantly conflicted with the Federal tax reform agenda. The Federal Government balances this discrepancy every year when it doles out money to each of the States and Territories under the GST Appropriations system administered by the Commonwealth Grants Commission.

Unsurprisingly, the budget papers reveal that GST payments to the States and Territories are expected to collapse by $11.8 billion this financial year and by $21 billion over the next four years due to both the short and long-term hits to consumption COVID-19 has induced[1].

Through the combination of this obvious GST hit to State revenue with the significant State fiscal measures already implemented to date in response to the COVID-19 crisis, most, if not all, State and Territory Governments will seek to make up significant amounts of revenue via their existing inefficient State tax systems.

Payroll tax is the main tax on labour income currently levied by State and Territory Governments. For example, Victoria collected just over $7 billion in payroll tax in 2018/19 which had increased by over $2.5 billion or 55% in the 10 years since 2008/09. In 2018/19, this tax represented nearly 30% of the total Victorian tax revenue base of $23.6 billion.

Contrary to popular opinion, the payroll tax is potentially an efficient way of raising revenue. There are however, a few reasons that cause tax policy experts to dislike our current systems:

To prevent the hand-brake effect, States and Territories could consider adopting a payroll tax system that more comprehensively includes the value-add of all types of labour — not just the selected value-add from payrolls above a threshold. This would potentially have less impact on the decisions of business and workers in job creation.

Reducing incentives for businesses to try to avoid the amount of payroll tax would also help to ensure that capital and labour are used where they are most productive. A broader payroll tax base would also potentially allow the same amount of revenue to be raised with a lower tax rate and would reduce complexities associated with grouping rules and attempts to draw distinctions among different types of labour income.

The Henry Tax Review in 2009/10 recommended that payroll taxes should eventually be replaced with more efficient broad-based taxes that capture the value-add of labour. They suggested this could be achieved through a broader based labour income tax, collected, for example, through the PAYG withholding system. To date, however, no State or Territory has adopted any of these recommendations.

Without a fundamental change to existing State payroll tax systems, the States and Territories willingness to share with the Federal Government in the post-COVID recovery period will challenge the so-called “Together” concept in post-COVID Australia.

How much will the States and Territories be willing to forgo in revenue generated by payroll taxes in order to facilitate a Federal Government jobs-led recovery for the post-COVID Australian economy? Only time will tell. 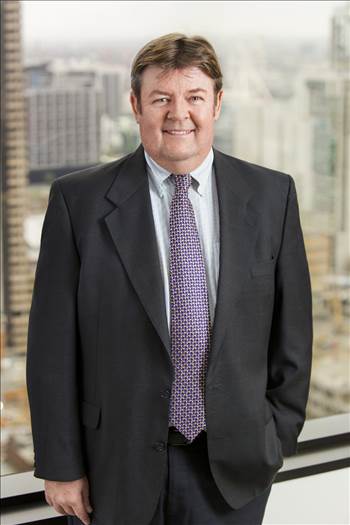